Researchers, journalists and anyone honestly seeking to understand modern Islamic terrorism need look no further than the now-vast trove of American court prosecution records. The Department of Justice has prosecuted 157 U.S. homegrown terrorism cases in 30 states just since 2013, and 220 since 9/11. Say what you will about the politicized upper echelons of the FBI. But the front-line special … END_OF_DOCUMENT_TOKEN_TO_BE_REPLACED

A debate has long circled around the proposition that American prison systems at state and federal levels need counter-radicalization programs. The hypothesis claims that circle-talking and counseling will preempt the manipulation of predisposed inmates by predatory visiting prison imams, or by fellow Islamists inside. This 2013 Naval Postgraduate School study by Tennessee’s Assistant … END_OF_DOCUMENT_TOKEN_TO_BE_REPLACED

Far too often during the Obama administration, attacks that had all the hallmarks of Islamist terrorism were never charged or labeled as terror attacks. Some of the many examples: The 2009 fatal shooting attack by Tennessee Islamic convert Carlos Bledsoe on a military recruiting office in Little Rock, Arkansas; the 2014 fatal decapitation attack by Oklahoma’s Alton Nolen at Vaughn Foods in Moore, … END_OF_DOCUMENT_TOKEN_TO_BE_REPLACED

As is well-established, online incitement to violence by extremist groups is viewed as a significant homeland security matter because urging others to kill for a social cause has proven so tragically effective. This concern has usually focused on ISIS, but at least two recent arrests in the United States suggest that some activists among those opposed to President Donald Trump's immigration … END_OF_DOCUMENT_TOKEN_TO_BE_REPLACED 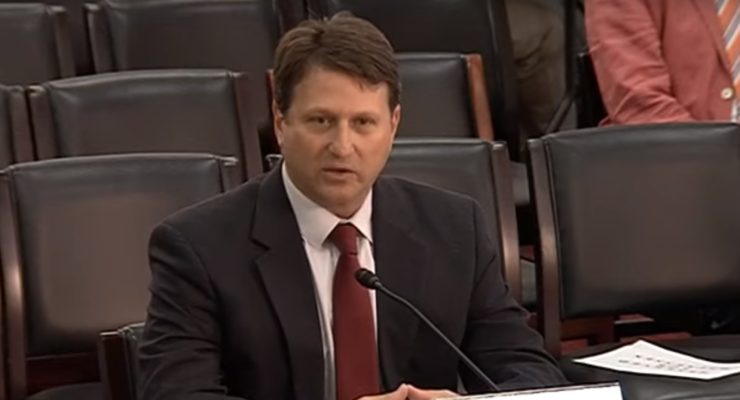 I testified before the House Oversight and Reform Committee about my experience combating domestic extremism while working for the Texas Department of Public Safety. The testimony took place Tuesday, June 4, 2019 in the Rayburn House Office Building, Washington, D.C. The topic of testimony for two panels (mine was the second) was “White Supremacy, Adequacy of the Federal … END_OF_DOCUMENT_TOKEN_TO_BE_REPLACED