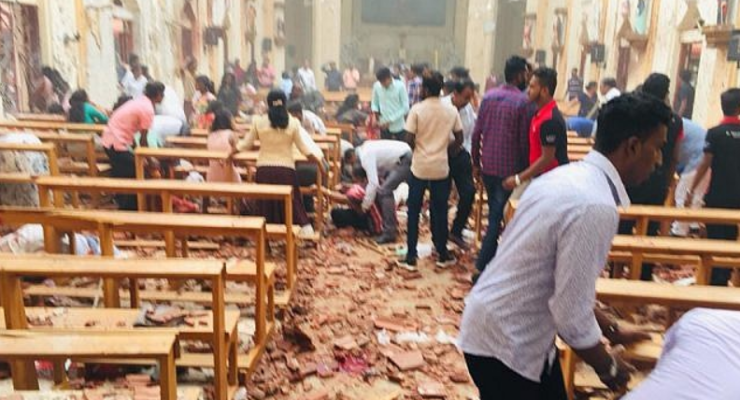 The Sri Lanka attacks revealed a massive intelligence failure. Why should any of this matter to American homeland security leaders in the Donald Trump administration? Because change and turnover is afoot. And history shows how deceptively easy it is to slip into old habits, with time but also when rapid change is occurring. By Todd Bensman, originally published by Townhall on April 28, … END_OF_DOCUMENT_TOKEN_TO_BE_REPLACED 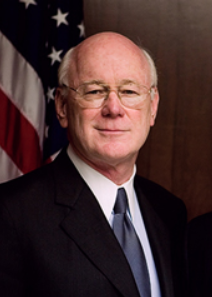 Houston-based National Security Division prosecutors appealed a light sentence against a convicted terrorist after Reagan-appointed District Judge Lynn Hughes scoffed at their arguments, expressed paternal sympathy for the convicted terrorist, and dismissed input from the dead victim’s bereaved mother (present in court) as “only her grief…sad but not cogent.” By Todd Bensman as originally … END_OF_DOCUMENT_TOKEN_TO_BE_REPLACED 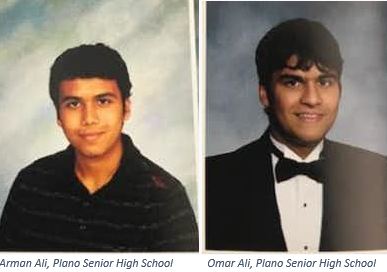 Were the brothers Arman and Omar Ali to come home to Plano right now from Syria's battlefields, they would find their ISIS-simpatico parents in federal custody and maybe even join them there. Fealty to the Islamist ideal has left the Ali family unit a ruin, its pretty $450,000 brick home empty, and 14-year-old little sister and daughter in enhanced teen angst with relatives in Houston. Meanwhile, … END_OF_DOCUMENT_TOKEN_TO_BE_REPLACED 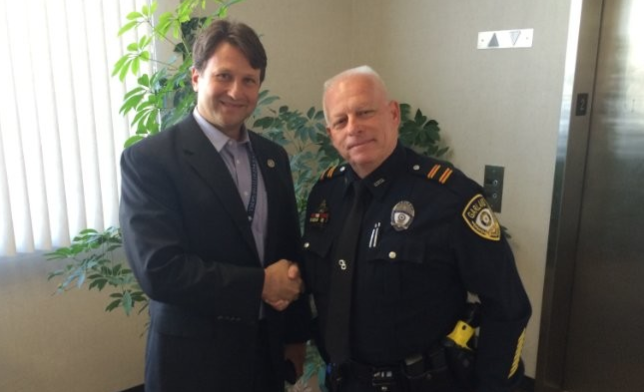 JUNE 16, 2016 BY TODD BENSMAN I enjoyed the honor of nominating Garland Police Department Officer Gregory Stevens for the Texas Department of Public Safety’s “Director’s Award,” the agency’s highest for non-DPS personnel, for his heroic actions of May 3, 2015 and then the satisfaction of witnessing his receipt of it to a crowded, standing ovation. It happened at DPS headquarters this … END_OF_DOCUMENT_TOKEN_TO_BE_REPLACED 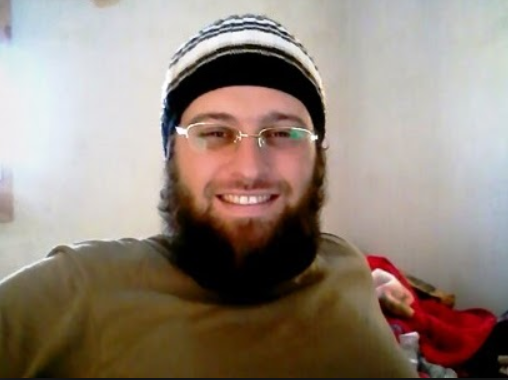 By Todd Bensman, originally published January 21, 2019 in PJ Media A few years ago, a Texas resident who was born, raised, and educated in my state of Texas -- and whose parents, ex-wife, and four children still reside here -- reportedly became the chief propagandist for ISIS in Syria. John Thomas Georgelas, son of a prosperous U.S. Air Force doctor, ascended to his senior position because the … END_OF_DOCUMENT_TOKEN_TO_BE_REPLACED 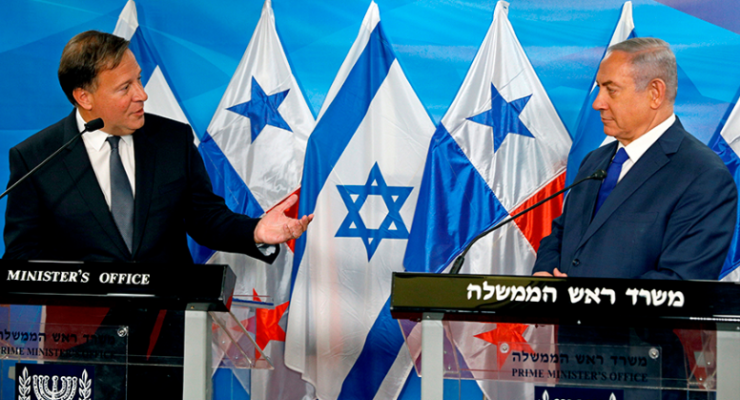 On a reporting trip to Panama in December 2018, Bensman checked up on a promised investigation of Iranian-Hezbollah involvement in the 1994 bombing of Las Chiricanas Flight 901, which killed 12 Panamanian Jews. He came home with strong doubts that any such investigation was happening. As published in The Federalist January 23, 2019 See November 9, 2020 … END_OF_DOCUMENT_TOKEN_TO_BE_REPLACED 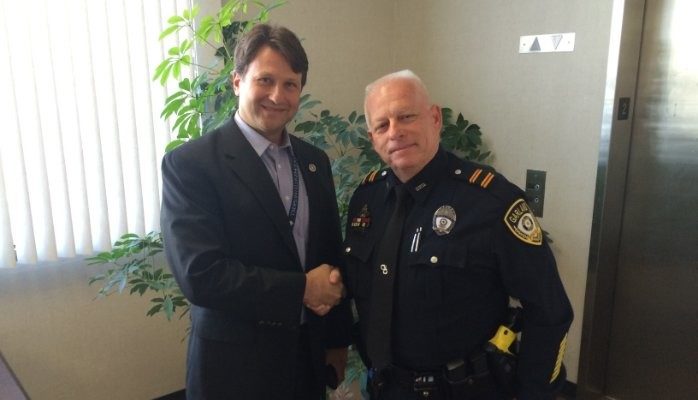 Published by PJ Media On May 3, 2015, Garland Police Officer Gregory Stevens stood his ground when two heavily armed, ISIS-inspired terrorists jumped out of their car with a plan to murder everyone they could at a free-speech event: A “Draw the Prophet Mohammed” contest. It happened at the Curtis Caldwell Performing Arts Center entrance Stevens was assigned to guard as an off-duty job. … END_OF_DOCUMENT_TOKEN_TO_BE_REPLACED 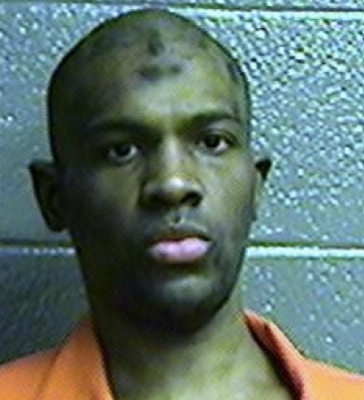 The Alton Nolen case is very much worth remembering, along with all terror attacks that occur on U.S. soil, not just for the victims and their survivors but for lessons that must be learned. Todd Bensman, for The Federalist This fall, the U.S. Supreme Court essentially cemented the execution of America’s least known Islamic terrorist. Jihadist convert Alton Nolen is now set to be put to … END_OF_DOCUMENT_TOKEN_TO_BE_REPLACED

In November, a writer for the American Thinker called to ask for my recollections about covering the trials and tribulations of what is often described as the largest terrorist fundraising operation in U.S. history. It hadn’t occurred to me, but the 10-year anniversary of the “Holy Land Foundation Five” convictions in a Dallas federal courtroom has unexpectedly arrived. The call from the … END_OF_DOCUMENT_TOKEN_TO_BE_REPLACED 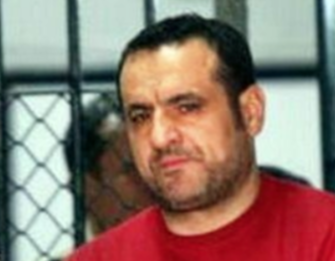 This is the third installment of a series derived from two ongoing federal court prosecutions of individuals who allegedly worked as undercover operatives for Iranian Hezbollah’s notorious “Unit 910” foreign terrorist wing. Part I and Part II delivered revelations about U.S. assassination and target surveillance activities of Bronx-based Lebanese immigrant Ali Kourani. This … END_OF_DOCUMENT_TOKEN_TO_BE_REPLACED