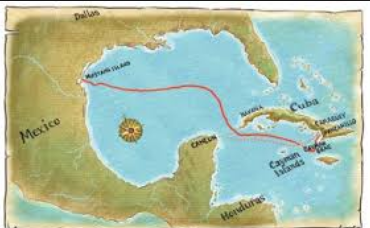 Seven Cuban boat refugees adrift in a tiny boat, two hurricanes; only six made it ashore in Texas with a plan to never speak of the murdered captain. The six rare Cuban refugees miraculously washed ashore in Texas after two hurricanes with a secret—and a blood pact to protect it. A seventh person had been aboard their tiny craft, the boat’s captain. Suspiciously, no one told immigration … END_OF_DOCUMENT_TOKEN_TO_BE_REPLACED